Showing posts from March, 2017
Show all

Dancing with the Stars - Season 24

Unlike The Bachelor, I won't be blogging each week about Dancing with the Stars. I may share my favorite dances from the week on my facebook page, but I don't want to burden my blog with so many "reality competition" shows. You don't want to hear about that. I enjoy it, but it doesn't mean you do! So, with that out of the way, let's look at the people who will be competing this season as well as my top 3 predictions!
Post a Comment
Read more

This is the story of a guy... Who wants a lover and scoured the whole world  And while he looked so smug in photographs I absolutely love him, when he smiles
Post a Comment
Read more

A Goodbye Letter to The Vampire Diaries 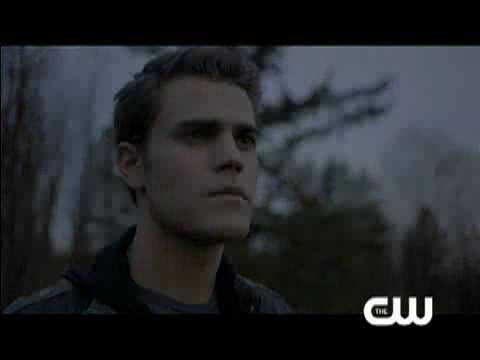 Dear The Vampire Diaries,  Yes, I'm writing a goodbye letter to a television show. There is a reason. First, I'll start with a story. In high school, I worked at K-Mart. That job was pretty much my escape from bullying (mostly mean girls rather than physical bullying) and depression (which I did not understand because I did not want to accept that I was weak). K-Mart was monotonous and the customers were mostly old people who were sweet. That is besides the point. I often found myself in the book section. I probably bought two or three new books every pay period. This time around, I bought The Vampire Diaries books. They were odd because they were multiple books in one. I enjoyed it. It was an easy read and I was finding it in the midst of the vampire media mania. These books, though, were published in the early 1990's.  Growing up, I watched a ton of television shows that were on the WB. Soon, it was bought out and renamed the CW. Even to this day, I pretty much exclus
Post a Comment
Read more

Last week, we enjoyed getting rid of Corinne as well as one of the fantasy suite dates. I'm 99% sure that Rachel goes home tonight. Tonight, there is a three hour event. The first two hours will be the last two fantasy suite dates (and probably the rose ceremony since next week is the finale!). And then final hour will be the "women tell all" special. I always love the "tell all" specials because they give a little inkling of what the girls are doing now and their feelings since the ending of the show. You have to remember that the girls are seeing Nick for the first time in months, considering the show wrapped around November/December. I cannot wait for the finale. So continue on to find out what happens! This blog post will be a little less structured than the past ones since there's so much going on (but also not a lot going on!).
Post a Comment
Read more

What is leaving Netflix in March 2017?

March 01, 2017
Every month, there is a post that circulates around Facebook and even Twitter informing subscribers what titles are leaving and coming to Netflix. I figured I would post it here as well since I tend to cover a bunch of information about television shows.
Post a Comment
Read more
More posts